Following the huge success of SILCA Super Secret Chain Lube and Super Secret Chain Blend, it became clear to us that the vast majority of cyclists are still interested in using oil based wet lubricants for both ease of use and reduced time commitment to get started. While hot melt wax and drip wax may ultimately be slightly more efficient and cleaner running, the requirement of starting with a perfectly clean, dry chain, and the 300 mile re-application intervals are not for everybody.

So SILCA set out to develop the world’s fastest, quietest, longest lasting oil based chain lube utilizing the nano scale tungsten disulfide to reduce surface wear and friction within the chain. What we did not know when we started this project, was that WS2 has a unique and not fully understood synergistic effect with a well established anti-wear additive commonly used in race car engine lubrication known as ZDDP. This truly turns out to be a case of 1+1=10 as each additive showed the ability to reduce wear and friction by 10-15%, but when combined, friction was nearly reduced by half and wear fell by 95%! This equates to a savings of up up to 5w over other wet lubes make it one of the best bang for the buck upgrades in cycling.

The secret is a phenomenon known as a durable tribofilm, which is formed under pressure causing the WS2 and other additive to form a highly lubricious solid on the surface of the metal which acts not only as a lubricating surface, but also as a wear surface. This creates the fastest chain lube ever tested in the non-wax category.
SHOP SYNERGETIC WET LUBE 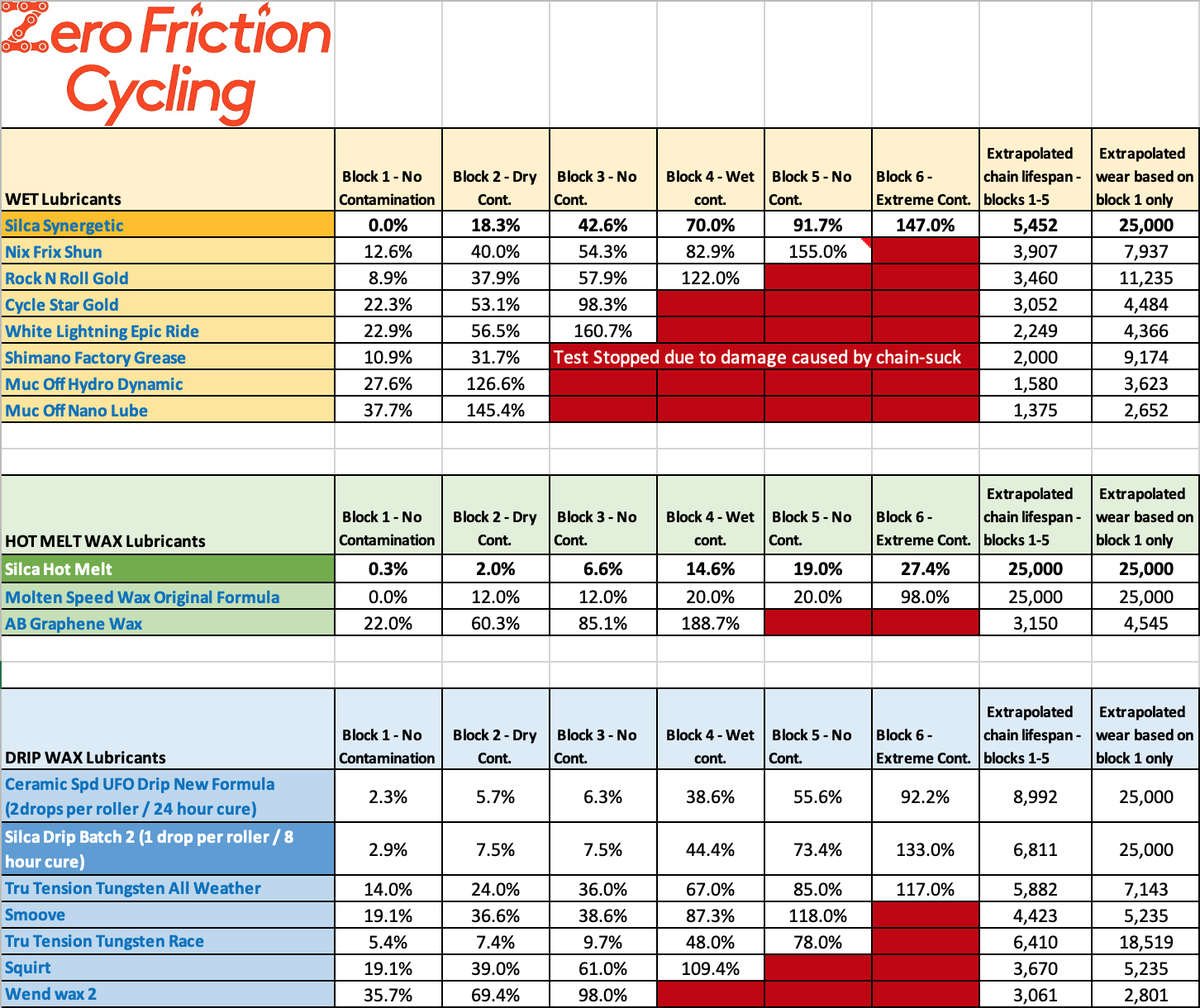 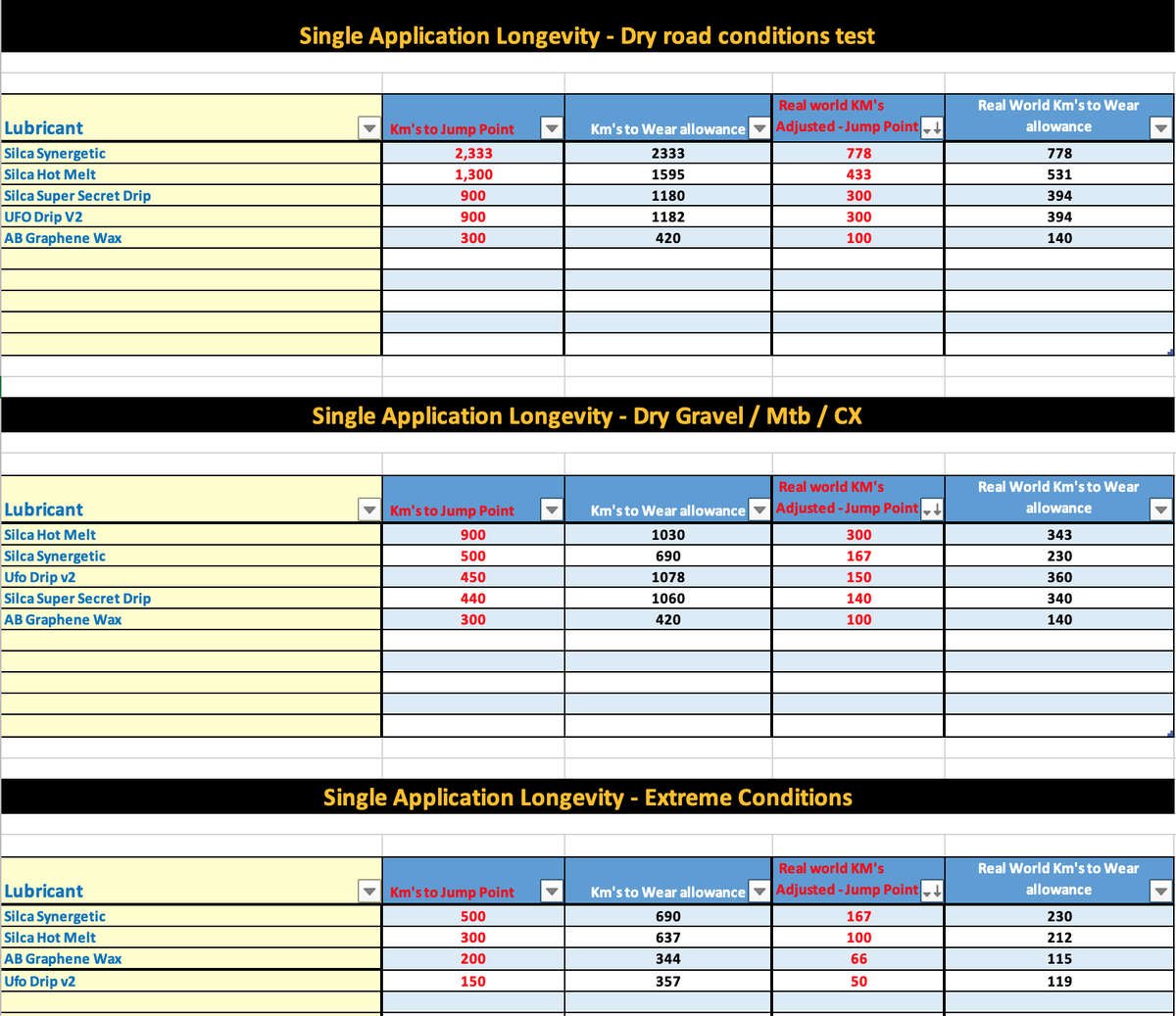 The pins below are made from E52100 bearing steel and were subject to wear against a spinning ring per ASTM G77 test protocols. Testing found SILCA NFS (a Type V base oil), the previous best oil based lubricant according to Zero Friction Cycling testing, to reduced wear 25% compared to an advanced (Type IV-PAO base oil) oil. Further testing of additives showed the ability to reduce wear by an additional 10-15%, however, the combination of WS2 and ZDDP proved to reduce wear by more than 95% compared to the Type IV base oil.

See the How Synergetic Was Tested 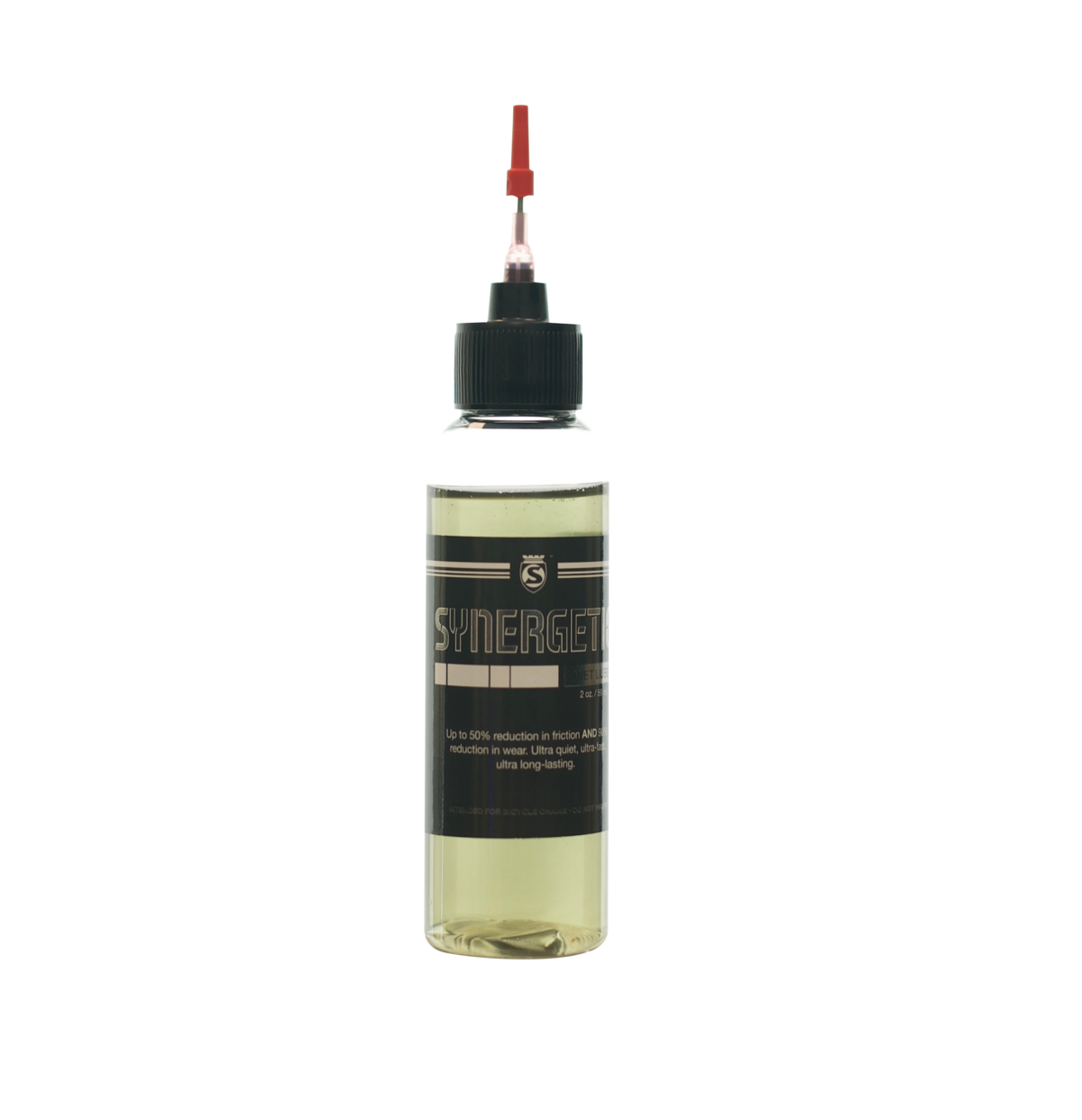 Instructions are simple. Wipe off chain. Remove red cap and apply one drop per chain link. Back pedal through 12 rotations or 12 times. Wipe Clean with a microfiber cloth (or dry clean cloth).
SHOP CLOTH 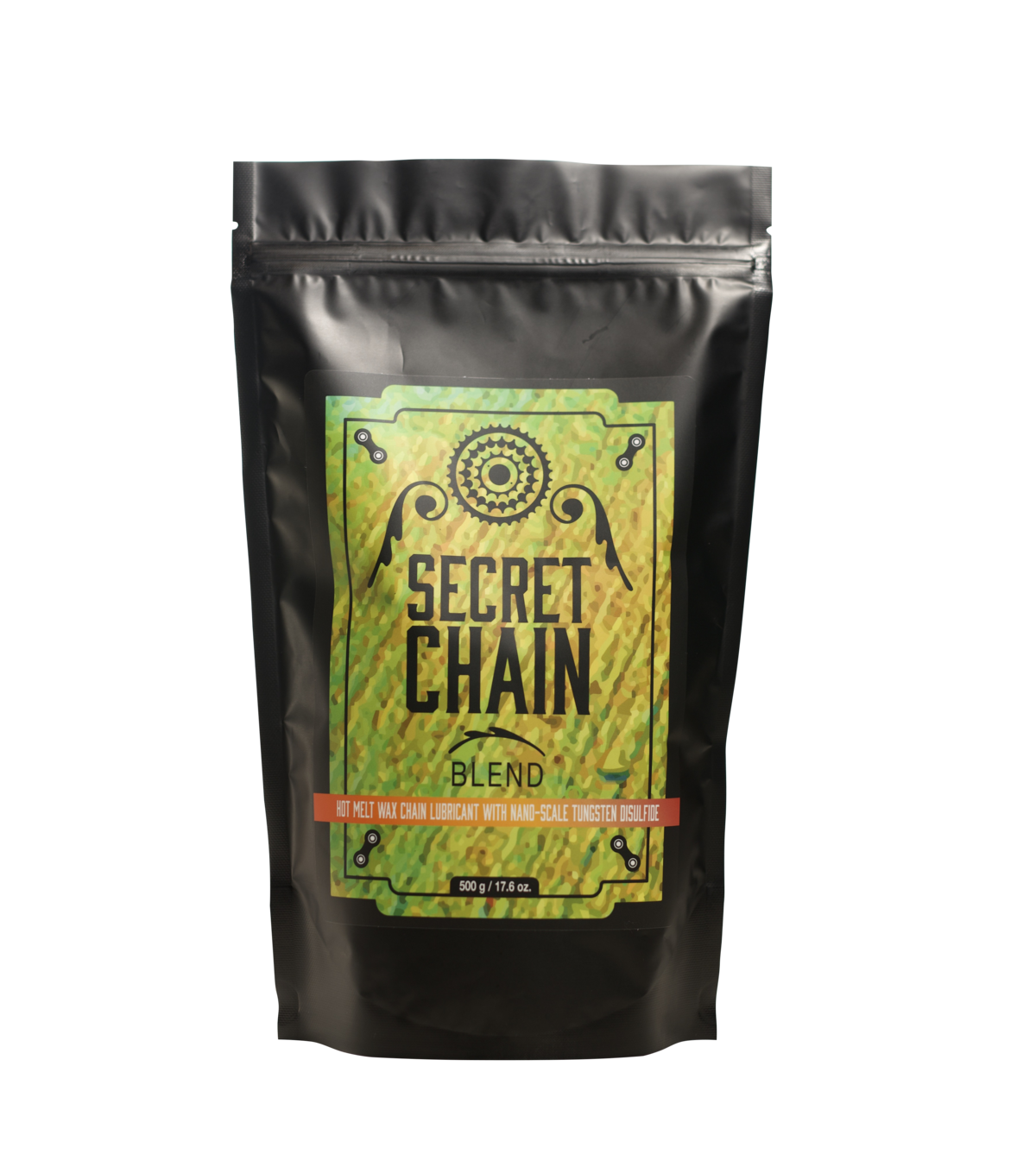 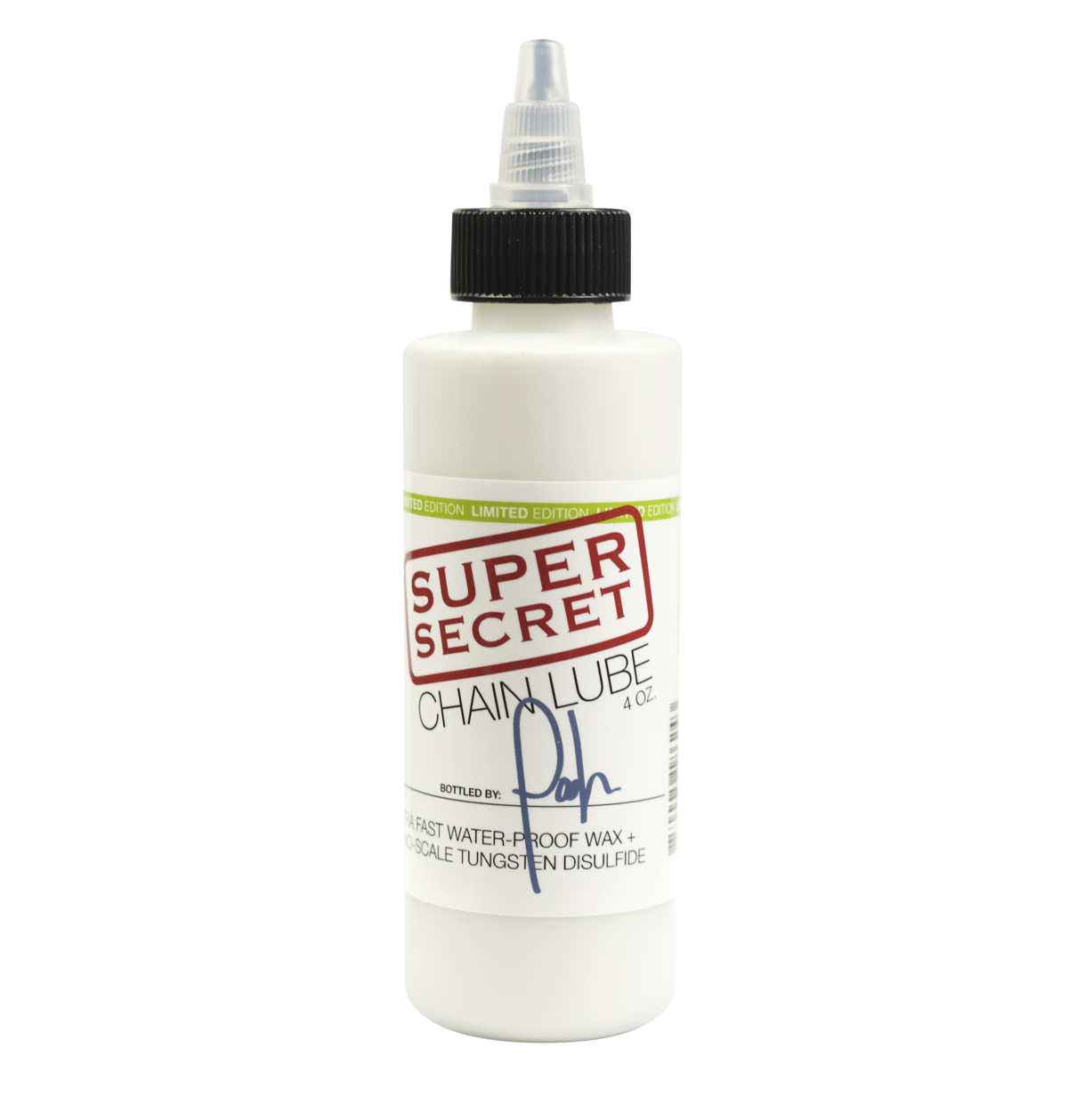